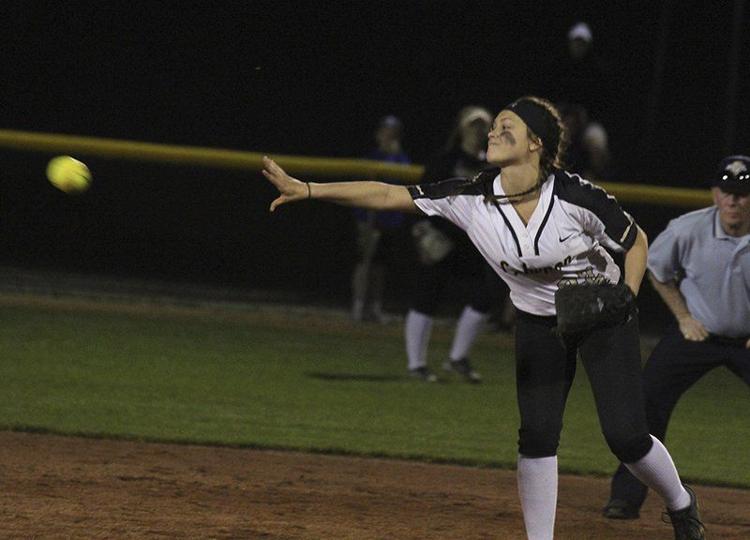 But there certainly wasn’t any rust evident.

The Tigers took the lead early and didn’t look back in a 10-0, five inning win.

“This is probably the best we have played since I have been here,” Lebanon head coach Kerry Roussey said. “We played well in all facets. Courtney (Welborn) and Abigail (McPherson) both pitched well, defensively we didn’t hurt ourselves anywhere and offensively we are still going, which is good.”

The Tigers took control in the bottom of the first inning, when Courtney Welborn hit a 3-run homer to put the Tigers on the board.

Lebanon then scored three unearned runs in the second.

With a runner on third with two outs, Sarah Tribby made it 4-0 with an RBI single.

Payten Redman and Abbi Wirey followed with singles to load the bases, before Welborn’s 2-run single made it 6-0.

Welborn was 3-for-3 with five RBIs.

“She set the tone for us there,” Roussey said. “That was a big blow, the 3-run homer. You could tell that their heads dropped a little bit there. But Thursday is a new night, so we will have to be ready.”

The Tigers executed again with two outs in the third inning.

With two on and two outs, Tribby’s RBI-single made it 7-0. Payten Redman then followed with a 3-run homer, putting the Tigers up 10.

“We are kind of the cardiac kids when it comes to 2-out runs,” Roussey said. “We showed that last year too, having a lot of rallies with two outs and two strikes. Our girls are patient hitters, they are willing to fight off tough pitches until they find something they like to hit. That is the luxury of having seven seniors, they are patient hitters and solid softball players.”

Tribby and Redman each had two hits and three runs scored. Redman also drew a walk.

McPherson allowed no runs on four hits in four innings, striking out six. Welborn had a scoreless fifth.

Lebanon is back in action against Kokomo tonight, and the two teams meet at Western Boone Thursday.

“It feels good to get the first win of a busy week, and now the important thing is how we react,” Roussey said. “Last year, we had a good win against Western Boone at their place, and then had a tight one. We have Kokomo tomorrow, and we will try to take care of business with them, and then go to WeBo. We have to continue to bounce back, and our goal is to go 1-0 every day.”