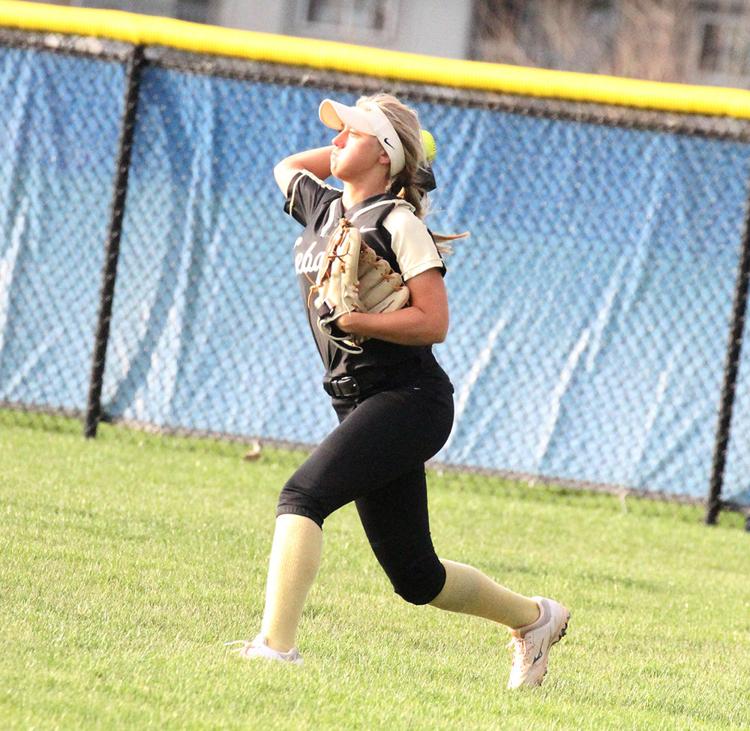 Frankfort — The eighth ranked Lebanon softball team was a little sluggish Tuesday night in a 6-5 win over Frankfort.

Wednesday night, they showed what they are capable of.

The Tigers topped the Hot Dogs 14-1 in six innings, improving to 8-2, and more importantly 6-0 in the Sagamore Conference.

“We were a little flat yesterday, but came out and hit the ball well today,” Lebanon head coach Kerry Roussey said. “Courtney (Welborn) threw well, and this was really her first big outing of the season. We got some other kids in to get some experience well, so that was nice.”

Lebanon led 1-0 after an inning thanks to Payten Redman’s double.

But they were able to really put the game away in the third inning.

The first six Tigers of the inning, reached and scored in the inning to put Lebanon up 7-0.

An error allowed the first run of the inning to score, and three-straight RBI-singles by Courtney Welborn, Payge Redman and Josie Hollingsworth made it 5-0. Lexi Puckett added a sacrifice fly, before Sarah Tribby made it 7-0 with an RBI single.

“That’s the kind of team we are, we usually do better the second and third time seeing the pitcher,” Roussey said. “We made adjustments, which is good, but we need to start getting on things right away, because we will see some teams that throw multiple pitchers at us. It will be very important to key in early and often, and then continue to do that throughout the game.”

An error and a passed ball allowed the Tigers to score two more runs in the fourth to make it 9-0.

The Tigers ended the game with five runs in the sixth. A 2-run double by Hollingsworth made it 11-0, and two batters later Rylee Wilson made it 12-0 with an RBI-single.

Two batters later, Tribby drove in two with a single to cap the scoring.

Payten Redman and Abbi Wirey were 2-for-4 with a run scored, and Payge Redman was 2-for-3 with two runs and one RBI.

Courtney Welborn got the win on the mound, allowing one run on five hits in six innings. She struck out five.

“They hit the ball well last night, so seeing Courtney throw the ball as well as she did tonight was great,” Roussey said. “They aren’t a bad hitting team. Courtney is going to see bigger roles as we move forward, and this was a busy week with four games, and we have two more to go.”

The Tigers host Westfield on Friday night and travel to McCutcheon on Saturday.

Roussey said it was a chance for the Tigers to gain some momentum for the end of the season.

“We would like to use these as a springboard and get us ready for the end of the year,” Roussey said. “We are already in the middle of April, so it is time to really start to get the gears going.”