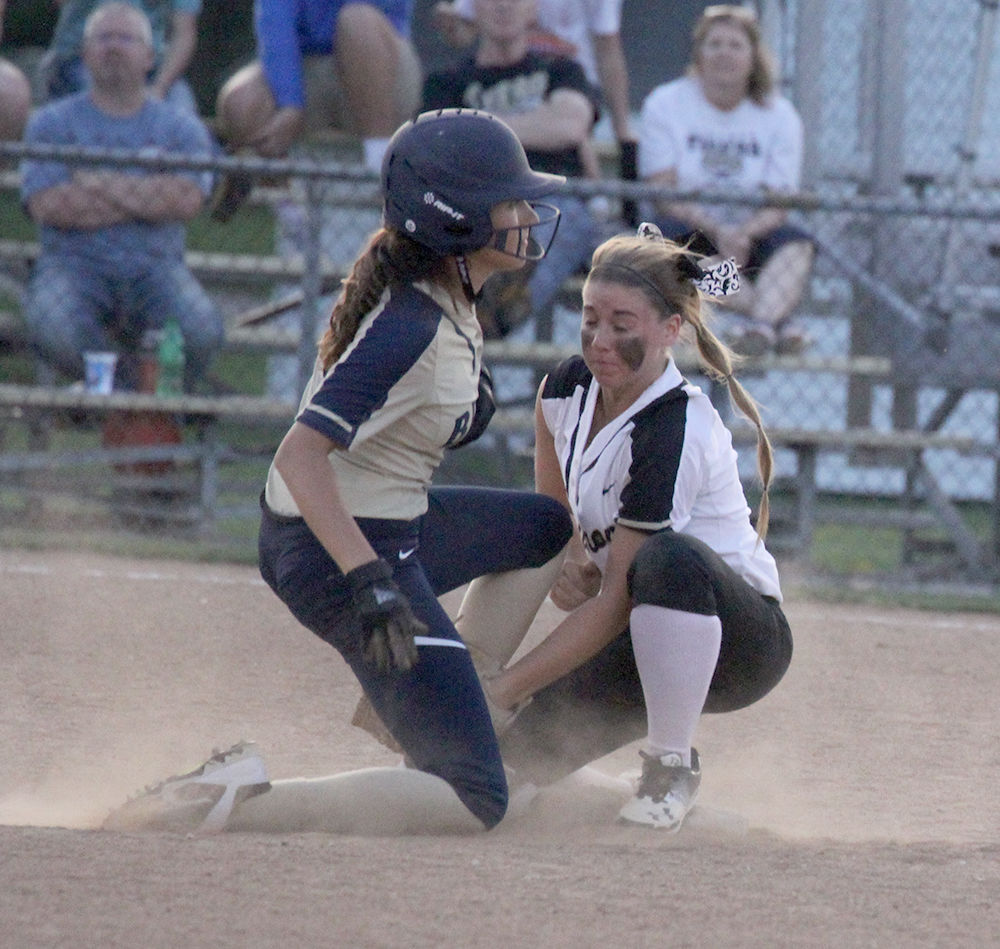 LEBANON — The Tri-West softball team has been one of the better 3A teams in the area for the past several seasons.

But for all their accolades, which include a state championship in 2013, the one thing they haven’t gotten was a win over rival Lebanon. That all changed Wednesday night.

Tri-West took a lead early and held on late, topping Lebanon 3-2. It was the first win for the Bruins over the Tigers since 2007.

“Defensively we were clean and offensively we did just enough,” Tri-West head coach Stacey Begle said. “This is one of the biggest things that I have been a part of for Tri-West softball in several years. It kind of feels like we won our own little mini state championship.”

For Lebanon, it was its first conference loss of the season.

It was just the third time since 2010 that the Tigers have lost to a Sagamore Conference opponent.

“Tri-West is a good team and they play a tough schedule,” Lebanon head coach Kerry Roussey said. “They have some losses, but three of them are to Danville and one of them is to us. They have lost to good teams, and they are going to come to play every night. They certainly did tonight.”

The Bruins took a 2-0 lead in the top of the first inning.

After the first two batters reached, they were sacrificed into scoring position. An RBI-single by Hailee Gifford (2-for-3) made it 1-0, and Mackenzie Miller followed with an RBI-ground out for the second run.

“Getting those two runs were big and it sure makes you feel good,” Begle said. “I thought we were going to need a few more to hold Lebanon down, they have a lot of big bats. Three ended up being enough, and you have to give credit to our pitcher Hannah Forrest. She really hit her spots and kept their hitters off-balance.”

Lebanon didn’t record a hit until the fourth inning and didn’t have a runner in scoring position until the fifth, when back-to-back hit batters put two on with one out.

But Forrest got two pop outs to get out of the jam.

She allowed just four hits in the game, striking out eight.

“Keeping them off-balance is the big thing we are trying to do,” Begle said. “We are trying to find a key pitch that they can’t hit that sets them up for something else. That is difficult to do, and she did it well tonight.”

Lebanon got on the board with one out in the fifth on a home run by Payten Redman (2-for-3).

Payge Redman followed with a double, but two fly outs ended the threat.

The Bruins added an insurance run in the top of the seventh, when Sydney Lewis (2-for-3, walk) knocked in Gracie Russell with a swinging bunt with two outs.

That run ended up being huge for the Bruins.

Tori Harker was hit by a pitch to lead off the bottom of the seventh, and Sarah Tribby knocked her in with a double down the right field line.

But Tribby tried to get to third on the play and was thrown out, giving the Bruins a big first out of the inning. A strike out and fly out followed and the Bruins got the win.

“That was tough right there,” Roussey said. “I’ll take the blame on that one there, I didn’t pick up the runner quick enough. That falls on me and it was at a key spot. But that was a big hit for Sarah and hopefully that is a sign of good things to come for her.”

She struck out seven. It was her first game in a week.

“She has been on the shelf for a little while and came back well tonight,” Roussey said. “She had that rough inning early, but she responded well. She is a really good pitcher, she’s our dog, there is no doubt about that.”

The Tigers are scheduled to play North Montgomery today and in the Brownsburg Tournament on Saturday.

With five conference games remaining, they still control their destiny as they aim for their ninth-straight conference title.

“We are still looking at the big picture and the state tournament,” Roussey said. “The conference is in our hands too. We still have two games with Danville and Southmont, we just don’t have any off days right now.”