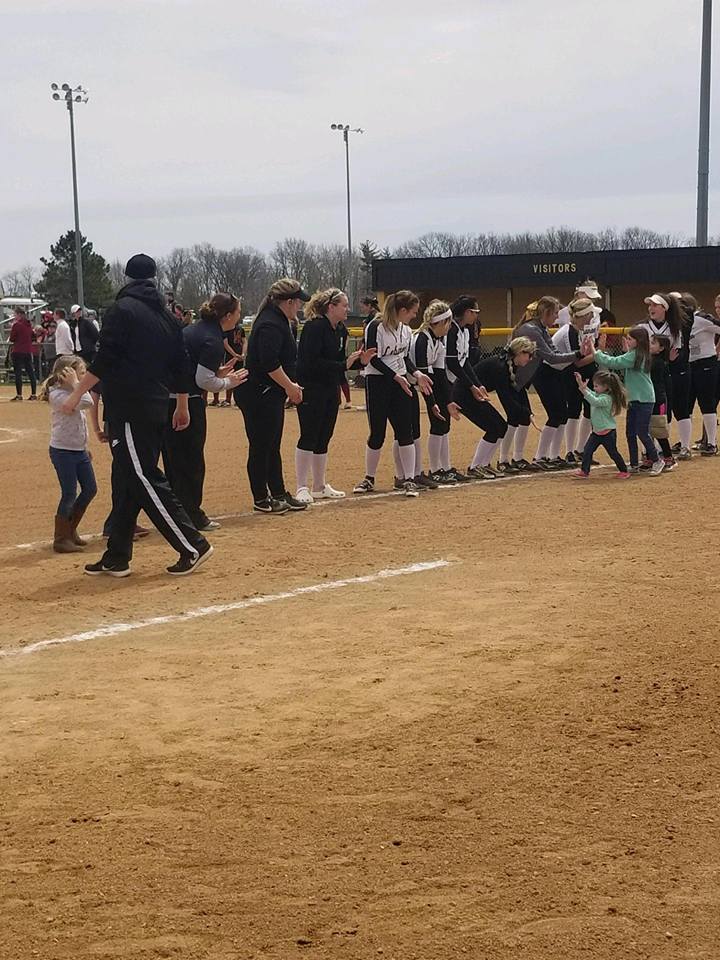 Tigers stayed in it until the end, but McCutcheon pulled away late in a 5-3 victory on Saturday. The game was tied at three with McCutcheon batting in the top of the ninth when #18 singled on a 1-2 count, scoring one run.
Tigers knotted the game up at three in the bottom of the sixth inning. Kaitlyn Blevens doubled on a 1-1 count, scoring two runs.
Tigers tallied three runs in the sixth inning. The offensive onslaught by Tigers was led by Josie Hollingsworth and Blevens, who all drove in runs.
#19 pitched McCutcheon to victory. She surrendered three runs on eight hits over nine innings, striking out five and walking one.
Abigail McPherson took the loss for Tigers. She allowed 12 hits and five runs over nine innings, striking out nine.
Tigers saw the ball well today, racking up eight hits in the game. Payten Redman and Blevens each managed multiple hits for Tigers. Blevens and Redman each managed two hits to lead Tigers.

Both teams enjoyed a cookout between the JV and Varsity games and thanks to all the parents in making such good day for the players and coaches of both teams.