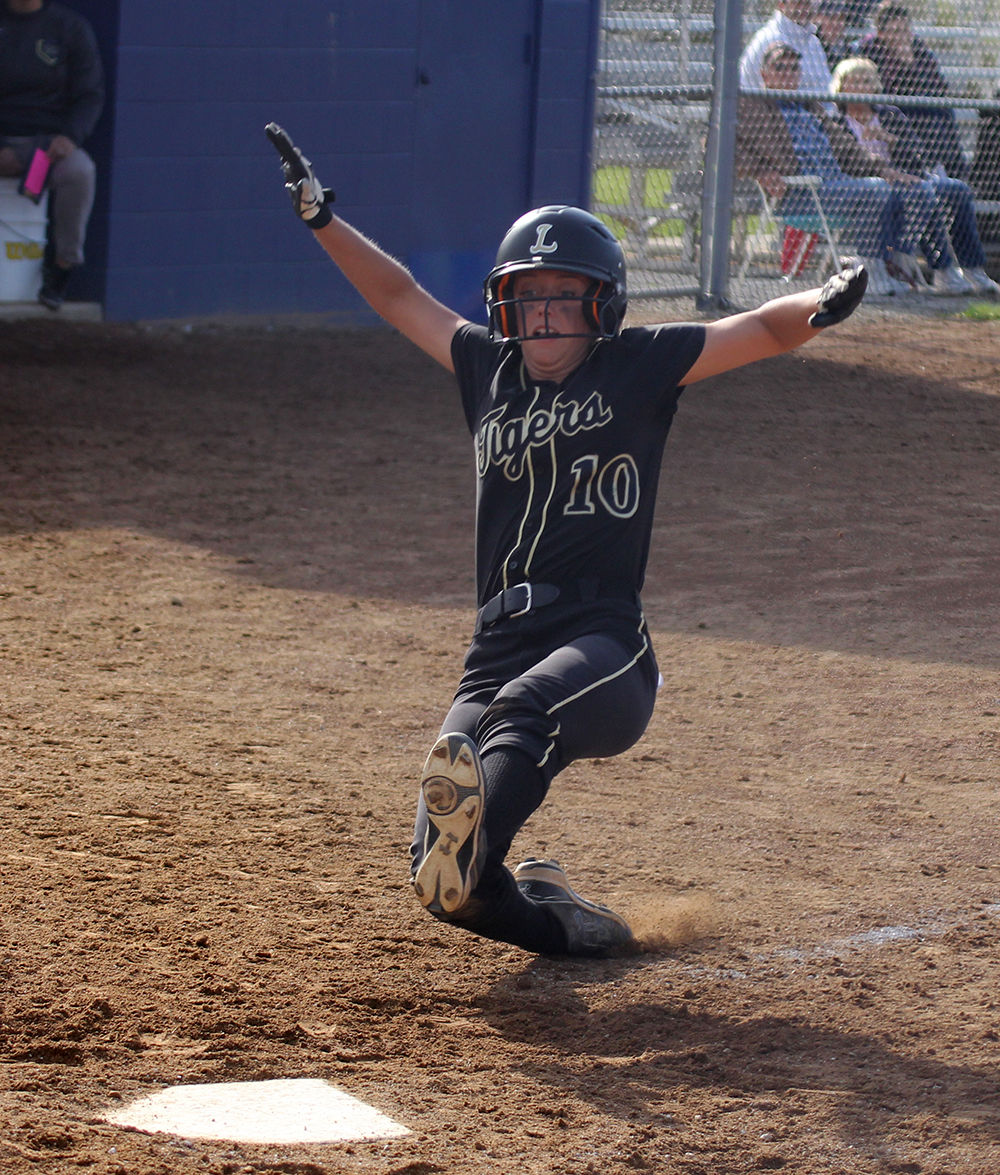 Lizton — The fifth inning has been good to the Lebanon softball team the past two days.

For the second-straight game, the Tigers were held scoreless for the first four innings, only to put together a rally to take the lead in the fifth. On Wednesday, Lebanon turned a 2-0 deficit to a 3-2 lead in the fifth, then added three more runs in the final two innings to win 6-2 over the host Tri-West Bruins.

“We were getting the ball in play early, but they were making some plays,” Lebanon head coach Kerry Roussey said. “The fifth inning was big for us again. They switched pitchers on us, which helped a little bit too. But I was a little worried about that, because sometimes it takes us a while to get going, but we adapted right away and that was good.”

Lebanon left the bases loaded in the first and had one runner on in the second, third and fourth innings but couldn’t get anything across against starting pitcher Hannah Forrest.

But the Bruins made a pitching change heading to the fifth and the Tigers were able to capitalize.

Abbi Wirey led off the inning with a double, then scored on Payten Redman’s single.

After a ground out, Courtney Welborn reached on an error that put runners on the corners. Jenna Weaver tied the game with a sacrifice fly, and Kaitlyn Blevins put the Tigers in front with an RBI-single to make it 3-2 in favor to Lebanon.

“We stay calm when we aren’t scoring,” Roussey said. “We had some losses earlier in the season where we thought our heads might have dropped a little and things like that, but we aren’t seeing that anymore. We know we are going to get some runs across, Abigail (McPherson) is going to keep us in the game. We may not be scoring in the first inning, but it will come.”

Lebanon added to their lead in the sixth.

Tori Harker singled and Hannah Wirey reached when her sacrifice bunt was thrown away. With runners on second and third and no outs, Abbi Wirey drove them both in to make it 5-2.

Harker singled with two outs in the seventh, advanced to second on an error and scored on a Hannah Wirey single to make it 6-2.

“I thought they started out the aggressors in the game and we had to gain that back,” Roussey said. “They stole a couple of bases on us and scored those two runs. That is what we have to do. We have to be the aggressors, we can’t let the other team do that.”

The Bruins had chances to get back in the game after the Tigers took the lead.

Down 3-2 in the fifth, the Bruins had a runner on third with one out, but McPherson got two strikeouts to escape the jam.

In the sixth, now down 5-2, the Bruins loaded the bases again, but McPherson got a strike out to end that threat too. She struck out nine.

“She is one of the toughest kids I have ever coached,” Roussey said of McPherson. “She doesn’t lose her composure out there, she stays in control and she has done a lot of pitching in different situations. We want to get her a rest her soon, but she has done a good job.”

The Tigers improved to 8-4 overall and 6-0 in the Sagamore Conference.

They travel to Crawfordsville on Thursday night.

“It would be huge to have a 3-0 conference week,” Roussey said. “We want to get the win, and then we know we have North Montgomery, Danville and Southmont right behind that. We are at the halfway point right now, so we have to continue to turn the corner and keep it up.”