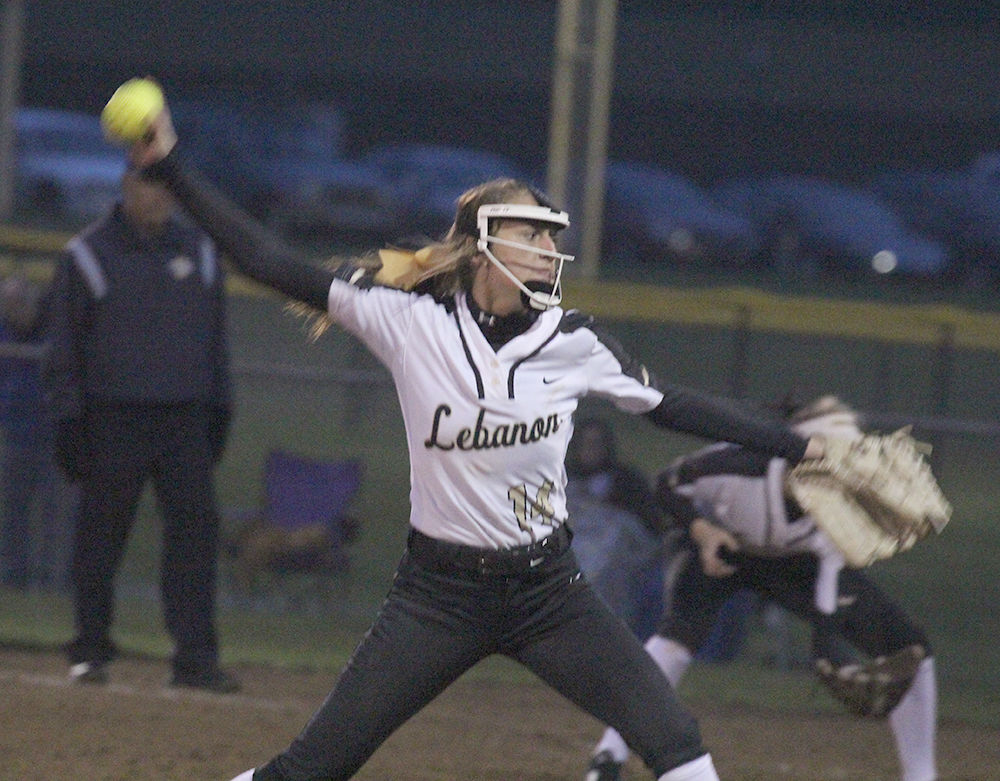 Lebanon — The Lebanon softball team couldn’t put the Crawfordsville softball team away in the early innings on Tuesday night in their Sagamore Conference match-up.

But after being limited to two hits in the first four innings, the Tiger bats came to life in the fifth and that spark led the Tigers to a 7-0 win over the Athenians. Lebanon improved to 5-0 in the Sagamore Conference.

“Britney (Carpenter) is building a nice program at Crawfordsville, it is just a slow process to do it right,” Lebanon head coach Kerry Roussey said. “Our kids woke up in the fifth inning. Tori (Harker) gave them a big speech there and stepped up as a senior. She got on to start it off, then Hannah (Wirey) hit one off the fence and Payten (Redman) said to heck with the fence, I’ll just hit it over. Those are nice innings to have and it helped us tonight.”

The Tigers to a single from Abbi Wirey in the first and a double from Jenna Weaver in the second and didn’t really threaten in the first four innings.

But after the Athenians stranded two in the top of the fifth, the Tigers took advantage of their first big opportunity.

“They are the leaders for us,” Roussey said. “We look to them a little bit. All our kids can hit, we just need to get everyone in sync. I think they are thinking to much at the beginning of the game and it takes us a while to get going. Hopefully an inning like this can get us going and we can get it started a little earlier.”

The Tigers added a run later in the fifth on a sacrifice fly off the bat of Kaitlyn Blevins. Redman and Courtney Welborn added RBI-singles in the sixth.

Abbi Wirey, Redman and Courtney Welborn all had two hits.

Lebanon pitcher Abigail McPherson got the win, allowing four hits and striking out 14.

Roussey said McPherson has been able to get into a little bit of a groove.

“She is really progressing as the season has moved on,” Roussey said. “She struggled a little bit early in the season, she is aware of that and threw a lot of pitches. But really starting last week, she was pitching well. Against Westfield, even though it was an eight-inning game, her pitch count was a down and she was strong on Saturday. She has a much better strike-to-ball ratio right now and she will keep progressing. She will be back to where she was last year and beyond.”

The Tigers now head to Tri-West today, and to Crawfordsville on Thursday. They will then make it three road games in a row on Friday when they travel to Cardinal Ritter.

Roussey said it is a tough stretch, but is confident in the girls.

“This conference isn’t going to be handed to us and we have to go out and earn it,” Roussey said. “We want them to get out of here quickly and get some sleep and then we will go after it tomorrow and try to get the Bruins.”